Justice Can Be Served

Seven years to the day, I was sitting at the University of New Hampshire listening to Vice President Joe Biden condemn men who commit sexually violent crimes against the women in their lives and communities. This speech had followed U.S. Secretary of Education Arne Duncan's reprimand of universities that, at best, failed to provide consequences for sexual harassment and violence on campus and, at worst, further traumatized victims who spoke out. 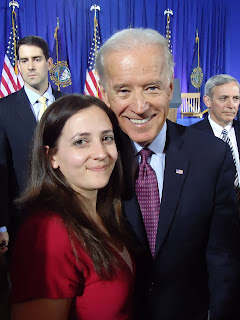 (Pictured: Laura Dunn of SurvJustice and Vice President Joe Biden)
A ground-breaking research article called, "The Sexual Victimization of College Women"(Fischer et al, 2000) first awakened our nation to the reality that sexual violence affects 1 out of 5 women while on campus and that less than 5% of these victims ever report the crimes done against them. Despite these staggering statistics universities have yet to seriously address this criminal epidemic affecting so many of their students. Instead some universities have added to the horror of campus sexual violence, such as Eastern Michigan University, who lied about the death of a student to her parents when she had been raped and murdered in her dorm room.

My allusion to a personal anniversary at the start of this post refers to my own campus sexual assault, which was committed by two fellow members of my crew team at the University of Wisconsin. Sitting in the VIP section for the Vice President's speech, along with our nation's top attorneys and nonprofit leaders on sexual violence, reaffirmed my calling to advocate for fellow survivors of sexual assault. As I listened to the denunciation of institutions and individuals perpetrating violence against women like me, I received my justice. Now it is my turn to help others achieve it.... 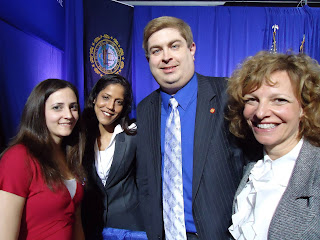 SurvJustice
I am a passionate survivor and activist who has spoken on CNN, TIME Magazine, and National Public Radio. I am working to create justice for victims of violence in educational settings and the criminal justice system.